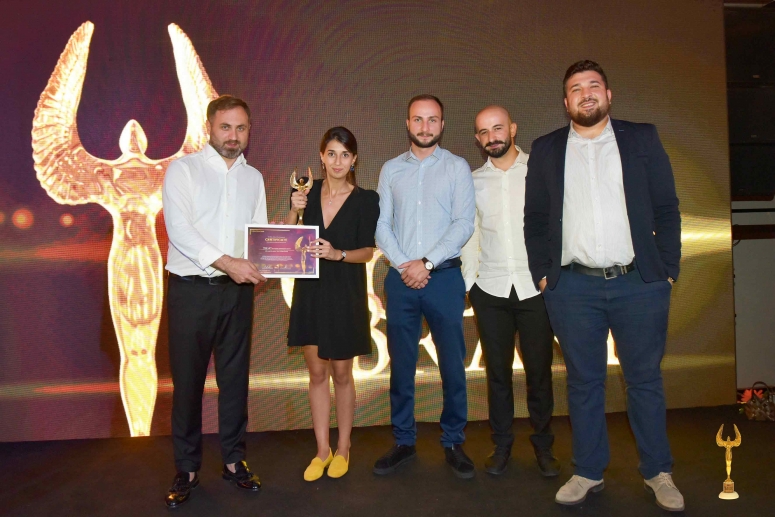 “We have launched a pilot product of sour cream by Akhvlediani which was much loved and appreciated by Georgian customers. Following the success of this pilot product we have decided to expand this new production line and add butter and Matsoni as well. The most exciting thing about this new line is that all these products will be made with natural milk,” said Mamuka Akhvlediani, Director of Kobuleturi.

The company Kobuleturi was created in 2003-2004 in Georgia’s Black Sea resort town of Kobuleti. At the first stage Kobuleturi was just supplying this small seaside town with dairy products, but once the company management saw successful development in Kobuleti and potential for further expansion, they established a new enterprise in the capital city of Tbilisi (in 2006-2007).

“The initial stages of our development were very difficult, we went through some very trying periods. There were certain episodes when the enterprise had to halt production altogether for a time but then we would re-open. Despite all these challenges though we have managed to reach the level where we stand now and establish Kobuleturi as a well-known brand on the market,” said Akhvlediani.

Furthermore, Kobuleturi has just received its second Golden Brand award, become the No1 brand in its segment in Georgia, and favourite brand of over 100 experts and 2,000 surveyed customers of Golden Brand.

Kobuleturi produces five sorts of dairy products as of today. These products are sour cream, sour milk, cottage cheese and cream butter made by “spread” – a substitute of vegetable fat. Annually, Kobuleturi produces about 2,500-3,000 tonnes of dairy products. The raw material for producing the product is natural milk and also dried milk, which the company receives from the Kakheti and Tsalka regions of Georgia.

“Our main factory is located at 2 Bakradze in Tbilisi, but we also have another factory in Tbilisi, in the Avtchala district. The Avtchala factory will soon start the production of cheese and cottage cheese,” said Akhvlediani.

Akhvlediani said that sour cream sold by weight is the most popular product currently on the market.

Q. What are the challenges that Kobuleturi faces in Georgia and at the same time, what are the positive developments on the market?

Another positive development is that milk producer companies are now exempted from value added tax.

There is actually strong competition on the Georgian market. During our 14-15 years of operations in Georgia we have competed with over 80 small and medium-sized companies.

Q. Recently, Georgia has enforced strict labelling of dairy products. Specifically, food labels such as milk, sour cream, yogurt, cottage cheese, butter and other animal milk products. What is your impression of this regulation, and in your opinion how will it help to make the competition healthier?

A. In general we have faced many regulations during our operations on the Georgian market. There are a number of regulations and laws that are issued spontaneously and we think that all issues should be solved in a complex way.

The quality of the product; enhancement of entrepreneurship; protection of customers’ rights – these are all good initiatives and all related to the economic recovery of the country. And economic recovery requires more significant steps from a political point of view.

Q. Congratulations on winning a Golden Brand award. This was the second Golden Brand win for Kobuleturi. What led Kobuleturi to this success in your opinion?

A. This is our second Golden Brand award. The first award we received in 2009 in the nomination of ‘the best debut’ on the market. Now we have received this award for producing the best sour cream – Akhvlediani.

I think we deserved this award because Kobuleturi products are very good quality. Quality and only Quality! That is the motto by which we attract our customers. Kobuleturi products are natural and are produced using only natural and dried milk. We offer our customers sour milk products, during the production of which we do not use any stabilizers, emulgators or conservants.

The brand Kobuleturi has participated in a number of competitions. Besides Golden Brand, Kobuleturi also received the award “The Best Small Enterprise of 2009”. In 2011, in the competition Mercury 2011 announced by the Ministry of Economy, we took 4th place in the nomination category of best employer.

More in this category: « Royal Georgia Factory to Open First Orthopedic Mattress, Pillow Store in Tbilisi in 2019 Kordzadze Law Office Opening in Georgia’s Western City Kutaisi in 2019 »
back to top