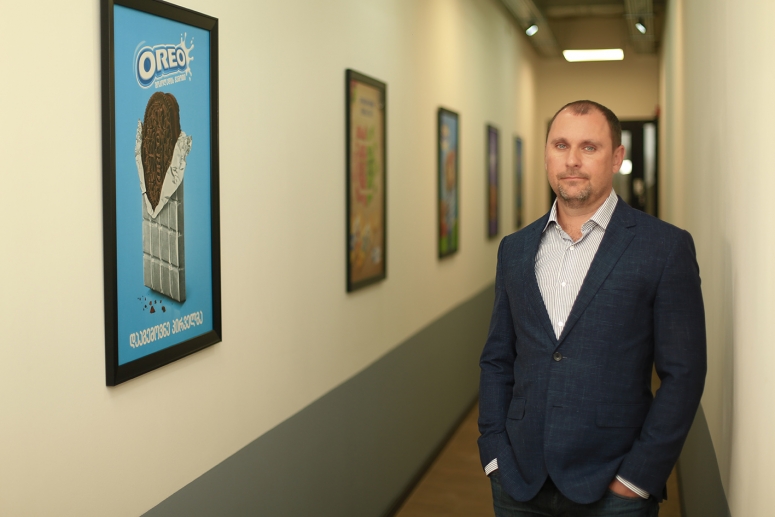 Building materials company Nova, producer of over 200 construction and renovation materials in Georgia, plans to increase its production line this year and starts production of new roofing materials – universal metal tiles and a multifunctional profiled layer.

Nova has been operating on the Georgian market since 2006. The company started its activities in Georgia’s capital city of Tbilisi with the importing and selling of construction materials. From 2011 Nova started producing roofing materials and gypsum-cardboard accessories.

After gaining success in Tbilisi Nova management decided to open a branch in the country’s Black Sea resort town of Batumi in 2014 and started manufacturing water tanks, and the painting and plastering angles.

As of today Nova offers 10,000 imported products in Georgia. The company is an official dealer of famous brands in Georgia such as Betek, Izocam, Rigips, Ingco and others, of which Betek Fayfiks (gummy cement) became a winner of the Golden Brand awards in Georgia.

Over 100 experts and 2,000 surveyed customers named Betek Fayfiks their favourite foreign gummy cement brand imported in Georgia. Nova has been importing Betek Fayfiks from Turkey to Georgia since 2006.

“Betek has gained recognition not only in Georgia but in various countries of the world. Nova has been presenting this brand to Georgia. Betek’s gummy cement is a product of Euro standard CE marking, which is a certification mark that indicates conformity with health, safety, and environmental protection standards for products. This certified product has gained a high level of confidence from Georgian customers,” said Edisher Khimshiashvili.

Under the increasingly competitive conditions the mission of the company is to have constantly developing infrastructure, highly qualified staff, and consistently improving services which aim to answer modern challenges. The key point of the company’s mission is to manufacture more Georgian products and offer its customers high-quality building and construction materials.

A. First of all thank you to everyone for giving the award to a brand that is represented on the Georgian market by Nova. Betek and Nova’s interests are identical and both companies are oriented towards high quality.

I think that Betek gummy cement was named by experts as the winning brand thanks to the marketing and advertising activities that Nova launched to promote this product.

Last year Nova provided theoretical-practical training to about 400 employees. Nova also created video instructions for customers which enable them to learn how to correctly use Betek gummy cement.

Q. What is the market share of Nova on the Georgian market?

A. It is difficult to say what the market share of Nova is, taking into account the products’ assortment, but I can say that in terms of polyethylene water tanks we hold a 60%-70% market share and in terms of roofing and tin plates – about 20%-30%.

Overall, I can say that the Georgian market is growing and the level of competition is becoming higher and higher. But without competition it would be impossible for the market to develop further.

Q. What are the challenges that Nova faces on the Georgian market today, and also what are the positive developments on the market?

A. Nova chooses those partners for which quality is the main thing. Accordingly, Nova’s production lines are modern and in compliance with Euro standards.

This year certain regulations were introduced on imported construction materials in Georgia. It is preferable to share the examples of neighbours or European countries and to determine the advantages of Georgian production which are produced in accordance with European standards.

It is important to monitor the quality of all imported products and yet this aspect has not been uniformly regulated so far.

Nova periodically carries out research of the market and finds many imported materials of suspicious quality and origin, yet such products are still able to compete with those products that have appropriate certificates and are safe for the health.

Q. Last year Nova launched the campaign – ‘Georgian Book at Occupation Line’. Why did you choose the occupation topic and are you going to launch similar campaigns in the future?

A. It is with the campaign ‘Georgian Book at Occupation Line’ that Nova is uniting the whole of Georgia.

Nova and its partner stores collected Georgian books and we gave those books to three schools that are located near the occupation line. These schools are located in the villages of Zemo Nikoki, Odzisi and Ditsi.

The idea of this campaign came after receiving a letter where we were asked to provide books for children.

The ongoing occupation of our country’s territory is painful for every Georgian. It is impossible to convey the extent of the emotions we felt when we visited these villages last December. Every person there who refuses to leave the rightfully Georgian land, and is thereby risking their lives, is a hero.

It might sound unbelievable but these children didn’t even have a Christmas tree during the New Year period. Fortunately, we were able to create a festive mood in these three schools.

This year we are going to visit another three villages and leave Georgian books at the occupation line to continue our friendship with these heroes of our time.

More in this category: « From Distribution to Market Leader Company: 25 Years of PSP at a Glance of Success Office Technologies Turning Ordinary Offices into Effective Office Space in Georgia »
back to top