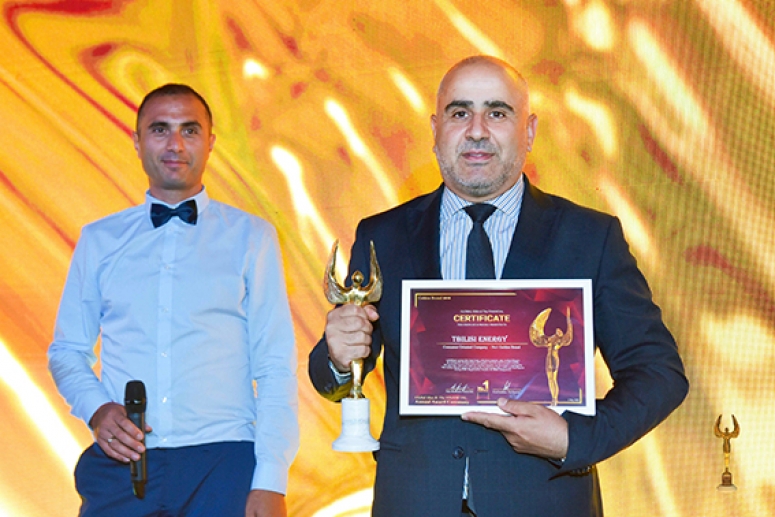 Gas distribution company Tbilisi Energy is working to create an online platform where about half a million subscribers will be able to receive services that they until now have received by visiting Tbilisi Energy offices.

Director of Tbilisi Energy Mamuka Kobakhidze says the platform will be fully operational by the end of 2021.

“Subscribers will be able to create their own virtual space on the official website of Tbilisi Energy, register with their subscriber number, enter their phone number and receive all the services they otherwise received by visiting Tbilisi Energy’s office.

“The biggest problem we had was when our inspectors went to check how well equipment is installed, or how properly the gas network has been laid, no subscriber remembers these details, or where this documentation could be stored. Therefore, we decided to digitalize the old archives.

“Also, the number of subscribers calling the hotline is increasing. On the electronic platform, they will be informed about when gas will be turned off and when supply will be restored”, he said.

Ideas to supply the capital of Georgia with natural gas was floated at the end of the 19th century. However, the intention did not materialize. This idea was voiced again in 1937, but was actually implemented only 20 years later, in 1957. This is how Tbilgazi was created.

Then, a 433-kilometer-long gas pipeline was built to supply the city with gas. In 1959, the population of Tbilisi received natural gas for the first time, which was originally intended for 527,000 citizens. JSC Tbilgazi operated until 2006.

In May 2006, the Georgian government conducted an auction for the sale of Tbilgazi and the latter was acquired by a Kazakh company. By that time, the gas supply of Tbilisi was already provided by KazTransGas-Tbilisi Ltd. Tbilisi Energy has been serving the capital of Georgia from May 3, 2019.

Today, the company serves 1,500,000 people and has 18,000 commercial subscribers. This number is growing daily.

Tbilisi Energy has recently become the winner of the most influential business award ceremony, the Golden Brand award, in the category of ‘Customer-oriented Company’.

What were the main challenges when Tbilisi Energy started operations on the Georgian market?

The main challenge for us was the outdated equipment, outdated technologies and outdated procedures, I mean the rights and responsibilities of employees and subscribers. Therefore, the procedures were rewritten and updated; the technological process was improved and we brought in the latest equipment related to gas distribute. We invited professionals and trained our staff in global, modern technologies. Finally, we ensured a safe gas supply. We increased the number of rescue crews from eight to 25 to minimize the response time against the backdrop of life in a busy city. These crews are in different parts of the city and not in one place, so it is more efficient to arrive at an address in a timely manner.

We have updated our equipment as well. For example, one novelty we have acquired is infrared technology, which can detect gas leaks within a radius of 50 meters. When the house is locked but there is a gas leak, we can light it up from the yard or from the opposite house and see if there is any damage to the infrastructure.

A total of 13.5 million GEL was spent on these works of which about 70% was spent on upgrading the gas supply network, pipelines and the rest was spent on technological improvement.

We are supposed to make investments of 20 million GEL annually.

You mentioned the gas supply network, which has gone untouched for decades. Please tell us how far has Tbilisi Energy gone and updated old pipelines?

We have carried out renovation works on about 40 streets of Tbilisi in 2019 and about 44 streets are planned for 2020 as well.

For example, on Chavchavadze Avenue, a pipeline was first laid in 1965, and since then it has been working with an iron pipe. Then the service life was given 40-45 years, but the pipeline kept working even after the expiration date. The new gas pipelines have the same service life, the only difference is that we are building plastic gas pipelines now, medium pressure gas pipelines, and if no one damages them, there is no oxidation process and this pipeline can work for 100 to 130 years

Tbilisi Energy launched a large-scale campaign, aiming to make the consumption of gas safer for producers and consumers. How has the campaign gone?

The company has a high degree of social responsibility, which is related to the safe consumption of gas and thus started a large-scale campaign in September.

Out of 470,000 about 70,000 subscribers had incorrectly installed gas installments, such as gas cookers and home heaters. Therefore, it is very important to meet with the population and to explain to them what danger these devices and setups can pose not only to them, but to the whole neighborhood.

We have also tried aggressive methods to solve this problem. Not only did we warn the population, but we also dismantled incorrectly installed gas installations. But about 40% re-installed these devices and we dismantled them again. As a result, the number of accidents has reduced by 80%. This year only three deaths were registered due to gas.

We offer subscribers to call us and request an inspection: the service is free.