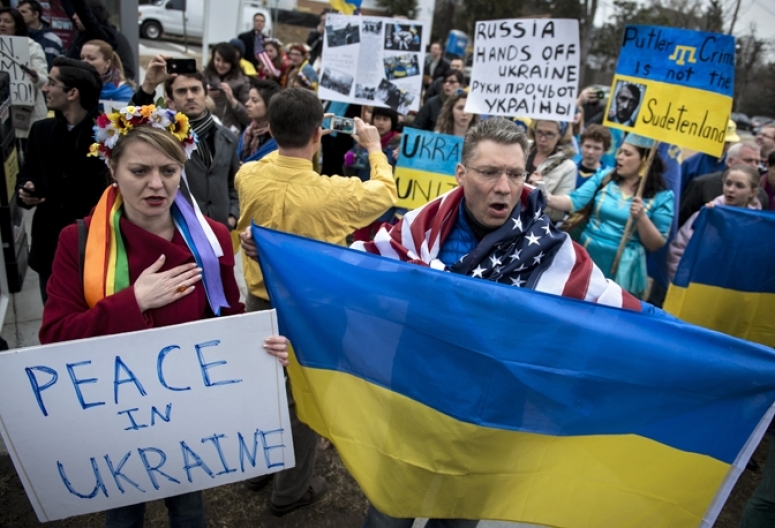 The FINANCIAL -- The prolonged crisis in Ukraine that started in November 2013 continues to have a negative impact on the Georgian economy. During 2014 and the first quarter of 2015 the loss to the Georgian economy is estimated to be USD 348,093,100. The major share, or over USD 216 million, has been caused by the reduced number of remittances, export and tourism from Russia. The loss to the economy from Ukraine is worth USD 132 million.

The FINANCIAL has compared the volume of FDI, money transfers, tourism and export from Russia and Ukraine to Georgia before and after the beginning of the crisis. With more than USD 160 million, the main loss from Russia is due to the reduction of remittances. In terms of Ukraine, the largest impact has been on export which has slumped by USD 95 million.

In response to the illegal annexation of Crimea and deliberate destabilisation of a neighbouring sovereign country, the EU has imposed restrictive measures against the Russian Federation. The EU and U.S. sanctions against Russia have put the country into an economic recession. The economic problems in Russia and Ukraine continue to impact on Georgia. The results have been expressed in the dramatic devaluation of the Georgian Lari against the USD. During the last week GEL 1 cost USD 2.33, the lowest rate since 1999.

The Ukraine crisis is seen as potentially significant for the Georgian economy. Although the figures are not huge, there are important economic links between Ukraine and Georgia. Ukraine was Georgia’s third largest trading partner in 2013 with USD 795.1 million in trade turnover. Meanwhile, since the beginning of the crisis in Ukraine, the decline in export has reached the most serious level. The export of Georgian products to Ukraine was worth USD 249,017,400 during 2013 and the first quarter of 2014. Export reached only USD 154,147,500 during 2014 and the first quarter of 2015. Comparison of the periods shows that the Georgian economy has lost USD 94,869,900 in export alone.

Contrary to trade turnover, the number of Ukrainian tourists to Georgia did not reduce in 2014 in comparison to the previous year. A reduction started being expressed during the current year. The number of international travellers from Ukraine has shown a 13% reduction during the first quarter of 2015, in comparison with the same period of the prior-year. 23,608 Ukrainians visited Georgia in 2015, down from 26,989 from the first quarter of 2014. The average expenditure of one international traveller is GEL 600 per visit. This means that in the first quarter Georgia lost USD 882,000 (GEL 2,028,600).

The Russian embargo on Georgian products was lifted in late 2013. The end to the seven year trading ban was reached following the change of government of Georgia in 2012. In 2013 Russia was the fourth largest export destination for Georgian goods, with total exports of USD 190.1 million, representing 6.6 percent of total Georgian exports. Russia was also the fourth largest importer in Georgia, with total value of imports of 587.8 million US dollars and a 7.5 percent share.

Contrary to Ukraine the Georgian economy has not seen any reduction from Russia, in terms of FDI, export and tourism in 2014, in comparison with 2013. The loss started being expressed in statistics from the first quarter of 2015 in terms of export and tourism. As for remittances, the drop started in 2014.

Due to its largest share of migrants in Russia, the country has been the main donor of remittances to Georgia. For Georgia Russia is an extremely important source of remittances, with total amount of capital inflows through this channel reaching a staggering USD 5.936 billion since the year 2000.

The reduction of remittances, export and tourism from Russia brought Georgia losses of USD 215,964,200.

The prolonged economic recession in Russia holds much more danger for Georgia than any embargo Moscow could impose. The recession affects not only certain Georgian products and producers, but all export products, investments, the financial sector, and more importantly, it affects Georgian emigrants in Russia, who are one of the major sources of remittances to Georgia.

More in this category: « Dirol Expands Range of Chewing Gum Flavors for Georgian Consumers Nestlé To Bring Healthy Nutrition for Kids in Remote Georgia »
back to top