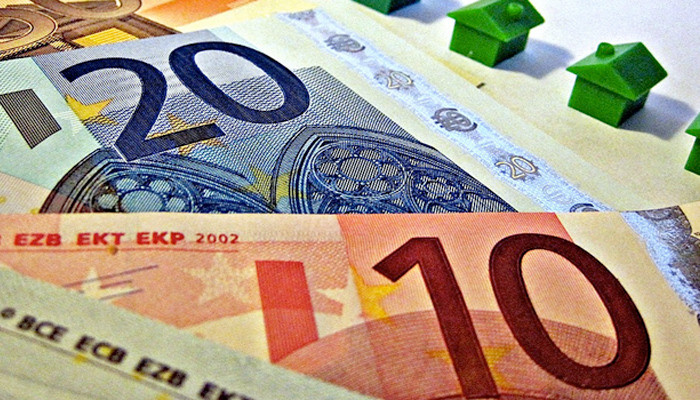 The FINANCIAL -- Georgian Bakery Ipkli has implemented German technologies in its enterprise. The company completely upgraded its machine equipment in 2013. A new furnace was installed, which the company claims has no analogue in Georgia.

In his words, locally-produced wheat can supply over 20-25% of the existing demand. Smartaddon

“In 1993 the Georgian bread business was in a difficult situation. The market was abounding with wheat flour of dubious origins, to the extent that people’s health was at risk. I therefore decided to familiarise myself with this very important and uncertain technology. I wanted to help improve the situation. I was introduced to each of the nuances of the area, from the distant past to modern technological achievements. I saw the modern technologies of different countries: Germany, France Ukraine, Italy and Turkey. Since I started work in 1993, practice showed that the so-called national bread and its wheat species are acceptable in Georgia for the majority of the population. So we started developing it,” Shakro Bakuradze, founder of Ipkli, told The FINANCIAL.

“In 2001 I founded Ipkli. Carrying out such important and noble work is a great responsibility in terms of the country and the people. Our whole staff feels this responsibility. We have gained the huge respect of customers as a result of great efforts made on our part,” said Bakuradze.

“2013 was more successful than the previous year. We had 20% sales growth in 2013. Our low prices and high quality were the main contributors to the sales increase. This enabled us to significantly reduce prices on our products. In February of 2013, we reduced prices by 12%.  New sorts of bread and rolls were also offered to our customers. Bran bread, ‘Standard’ bread and various sorts of confectionary were offered to customers. We implemented the German technology of baking in our enterprises. And as a result, we will soon start offering even more new products to people,” said Bakuradze.

Ipkli currently offers a wide assortment to customers. Traditional sorts of bread, specifically white bread loaf, is the top-selling product. It makes up the major percentage of our sales, followed by black loaf, rye and bran bread.

There are quite a few bread bakery enterprises in Georgia. However, in terms of the huge enterprises there are only around a dozen. Ipkli’s share of the market is over 12-15%.

Ipkli was awarded the Golden Brand prize this year. “The modern machine-equipment technologies, the high quality of the products, low prices and high service quality are the outstanding advantages of our company,” said Bakuradze.

The Ukrainian unrest mostly served to increase concern over wheat export. Bakuradze said that wheat import in Georgia also felt the impact. “The price per sack of wheat increased by GEL 1-1.5 during May 2014. No other impact has yet been witnessed.”

90% of the wheat in Georgia is imported from Russia. Bakuradze said that local wheat production does have the potential to replace imported goods. However, appropriate steps should be made in line with this.

Georgia is one of the centres of the origin of wheat within the Near-East centre of the origin of cultivated plants. Out of about 20 wheat species known in the world in earlier times, 14 were cultivated in Georgia; five of them are Georgian endemics. Many names of wheat can be found in the Georgian vocabulary. There is hardly another language in the world where wheat has so many common or wheat variety names. The most ancient Georgian names of wheat found in written sources are those mentioned in the oldest Georgian translations of the Bible (Asli, Dika, and Ipkli).

“Georgia’s soil and climate conditions are favourable for totally satisfying the existing wheat demands of the local market. However, Georgia is still undergoing a difficult process of development to independence. Accordingly, agriculture is only gradually moving forward. Hopefully, we will overcome this issue on a step-by-step basis.”

The majority of the flour used by Ipkli is produced locally. The rest is imported from Russia. For its newly-launched production Ipkli uses flour and other products made in Germany.

In 2014 an unprecedentedly high volume of wheat (210,000 tonnes) was expected to be grown in Georgia. However, Bakuradze believes that the quality of locally-produced wheat is lower than that which is imported.

“Georgian wheat was famous for its quality in previous centuries. Nowadays, Georgians are not obtaining, treating or caring for it in the proper way. Accordingly, the quality of imported wheat today is much better than that which is produced locally,” said Bakuradze.

In his words, locally-produced wheat can supply over 20-25% of the existing demand.

Grey bread in Georgia is attracting great interest among the population. As insufficient amounts of raw materials for production are available, customers are unaware of how harmful some of the supplements used are for the health.

In his words, only 30-35% of grey bread meets the standards. The majority of grey and black bread is produced with a variety of additives. 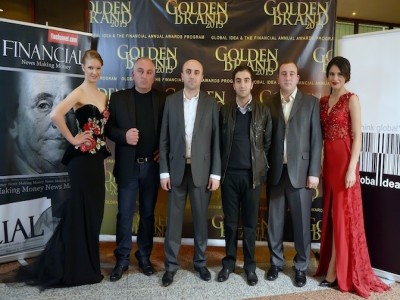 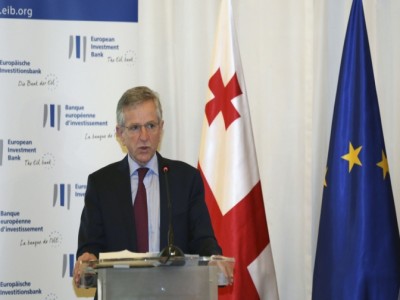